I notice some blue halos in some stars. Looking at the channels separately, it seems that the stars in blue channel are bigger than in the others. 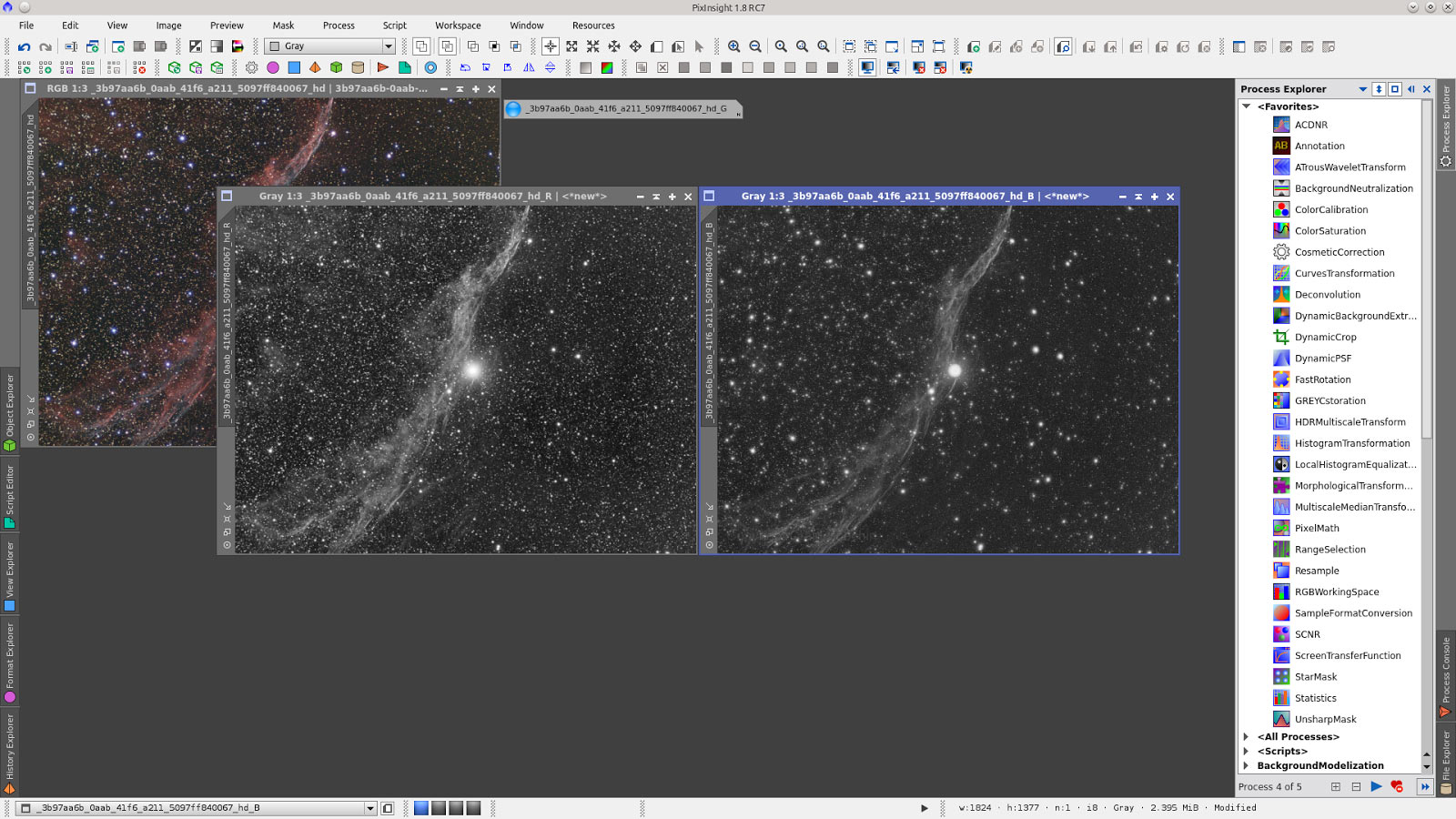 I try a possible solution to reduce the stars in the blue channel. For that first built a star mask. 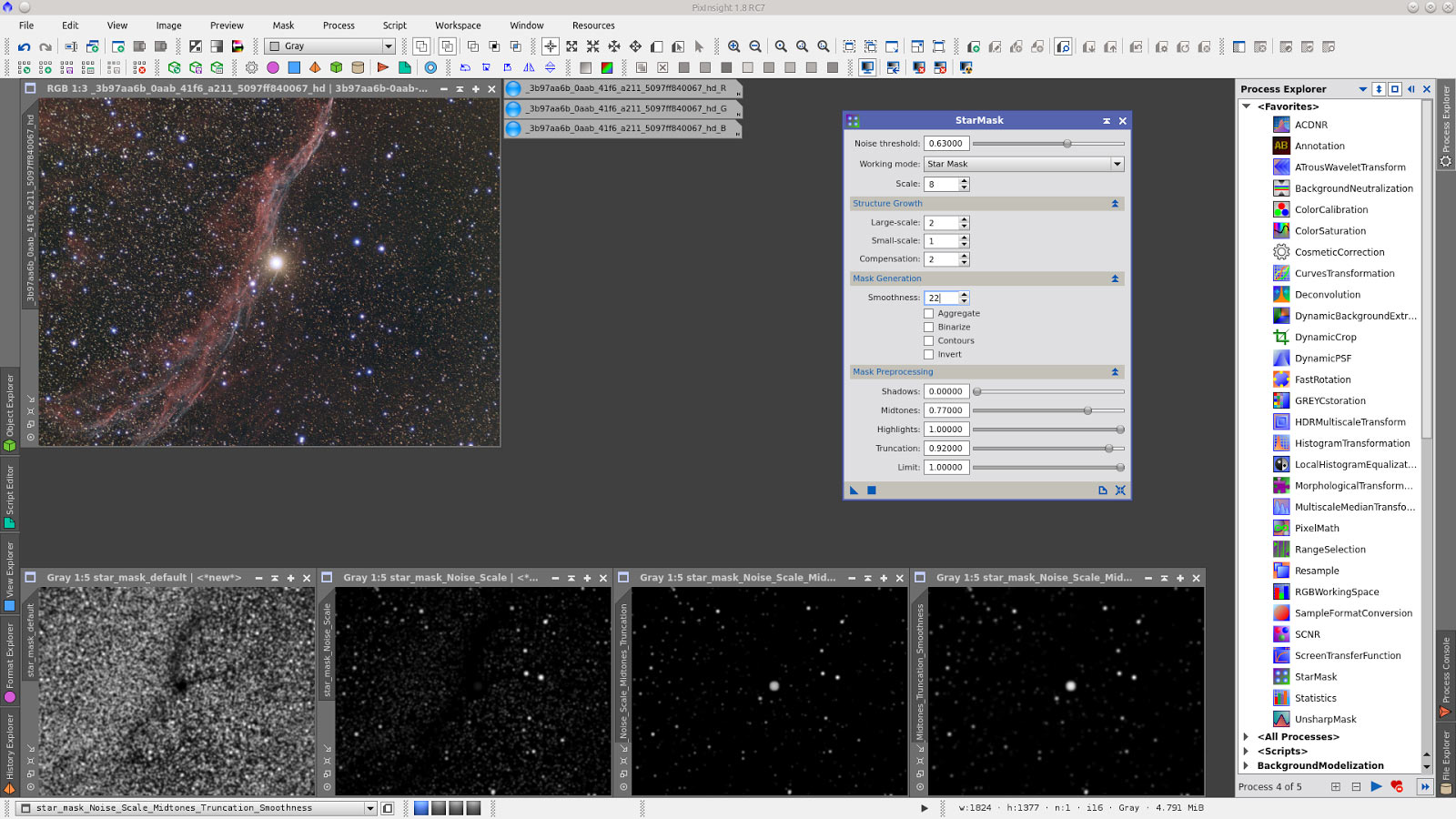 Now protecting the nebulae with starmask, it is possibie to reduce the halos using InterchanelCurves.

Using the Value as Reference Channel and de Blue as Target Channel adjust the curve conveniently.

See before and after of the blue channel:

I tried to show the gif with color but the image is too compressed. See the separate images for comparison. 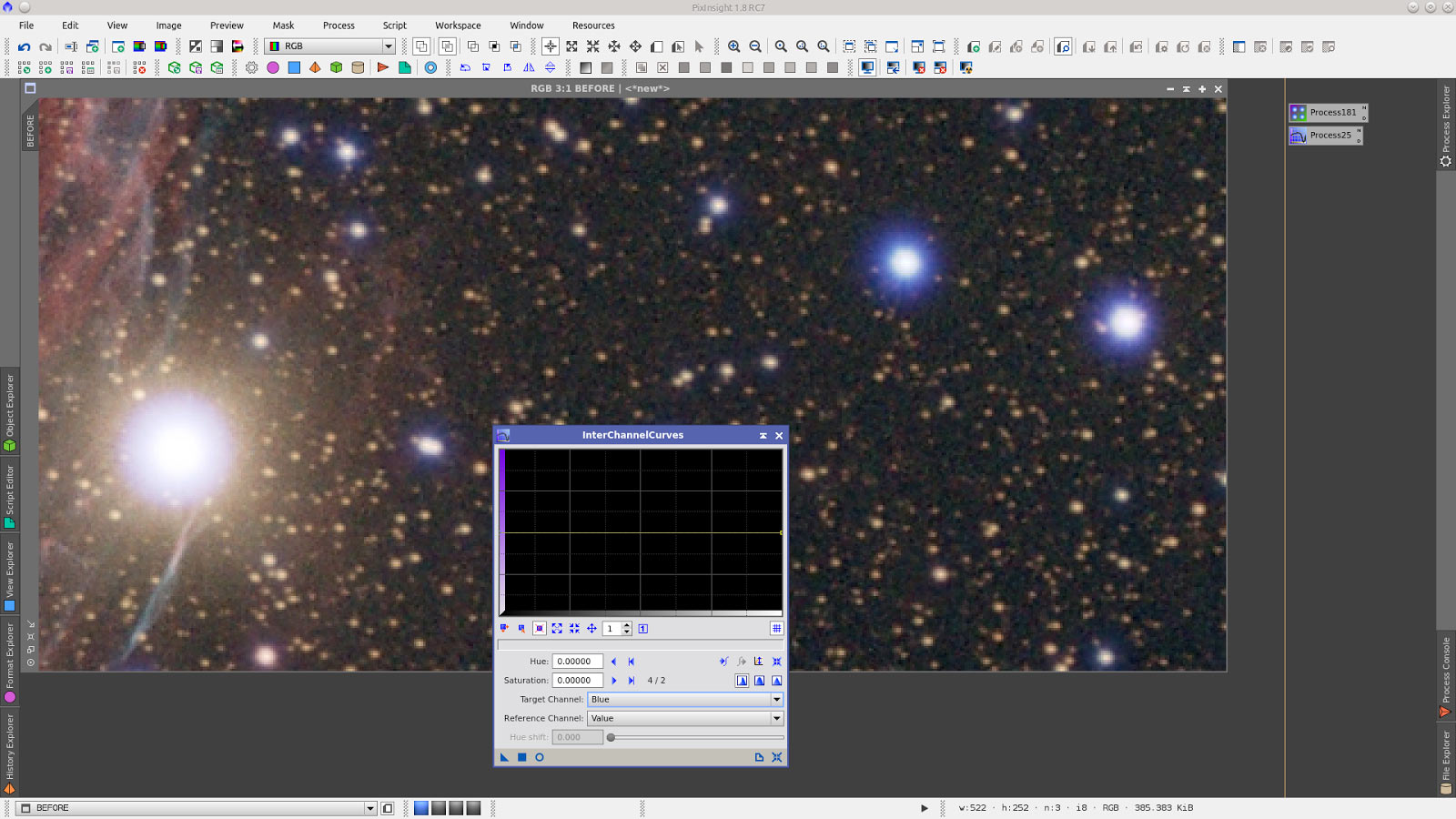 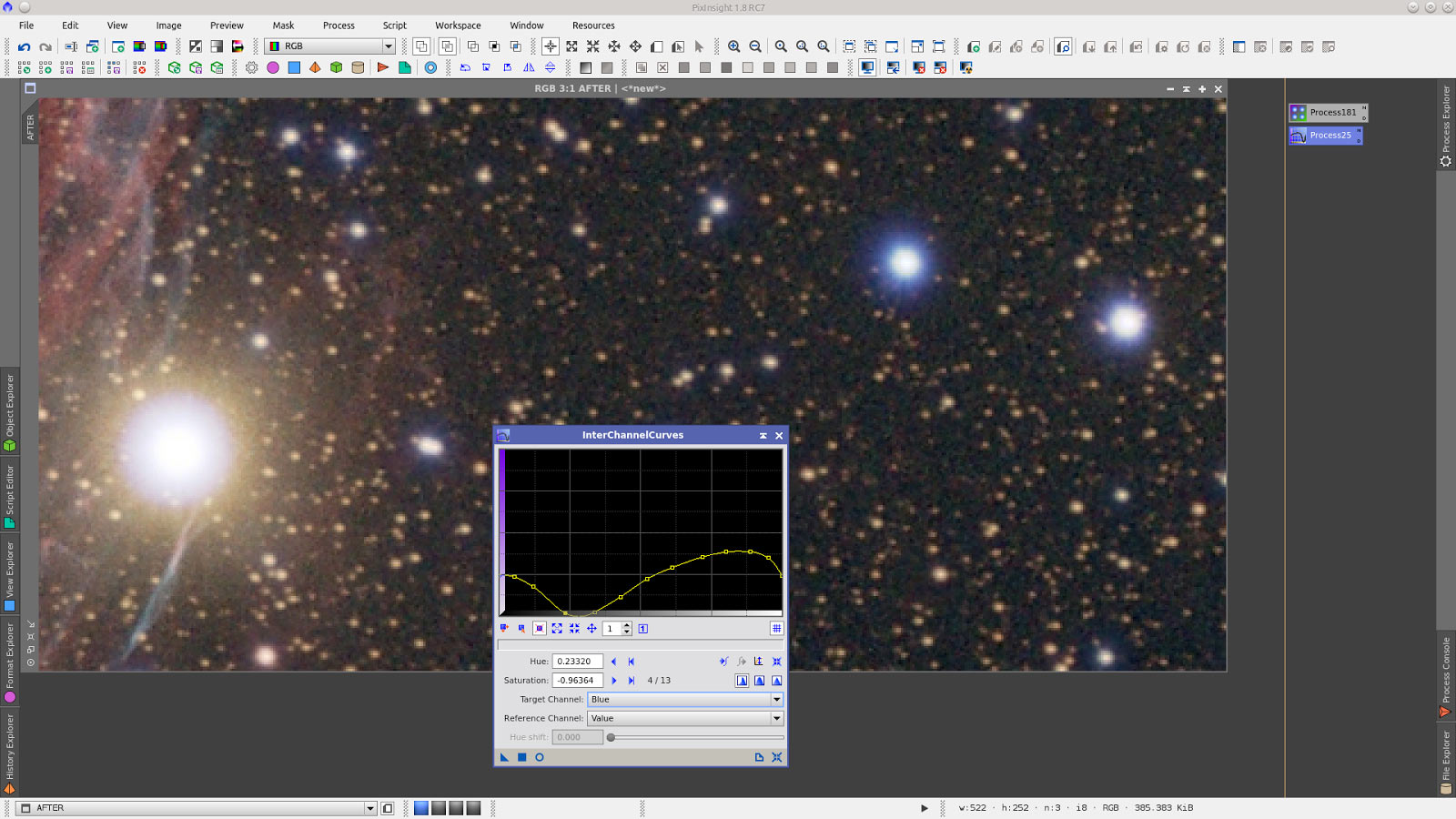